How Do You Treat Your Tax Tumor? Three Steps That Could Save You Thousands…

(Originally Published in The Healthcare Journal of Little Rock, by David Lukas)

We’ve all heard the adage, Nothing can be certain in this world except death and taxes. This statement is certainly apropos when it comes to taxes concerning your retirement savings. Most people who plan for retirement take advantage of government-approved “Tax Savings Plans,” or more accurately, “Tax-Deferred Savings Plans.” Such retirement accounts include IRAs, 401(k)s, 403(b)s, and other similar tax-postponement vehicles. To be clear: Such tax-qualified plans have their place. They’re often employer-sponsored, and no doubt have enabled millions of hardworking Americans to save substantial amounts toward retirement. One of the primary benefits of these type plans includes employer matching provisions that allow the employee to receive a dollar-for-dollar match up to a percentage of their paycheck deduction. These employer matches are often viewed as “free money.” 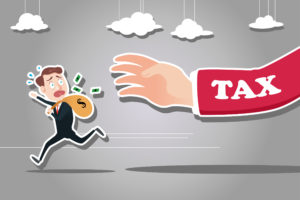 Over The years I’ve observed that most Americans are not tax-diversified and have an inordinate amount of retirement savings concentrated in these types of plans. There are exceptions, of course, but the general rule of thumb is if you want to access your own money before age 59 and a half, you’ll face a 10 percent IRS penalty in addition to regular applicable taxes.

Tax diversification is critical. We don’t want 100 percent of our proverbial nest eggs having a tax lien against them. It’s important to remember “tax deferral” is synonymous with “tax-postponement.” I often use this term and believe it’s a reminder that a retirement saver may not be avoiding any taxes, but merely putting off the inevitable with anticipation that in the long-term they’ll come out ahead. But is this the case?

All things being equal, there is no difference between investing after-tax and pre-tax if tax rates remain the same in the future as they are today. Therefore, if you believe your tax liability will go down in the future, then, by all means, postpone paying this tax bill until you’re in a lower bracket. Conversely, if you believe taxes are going up in future, you’ll want to pay the taxes today, with the presumption of never paying taxes again on your money, including on all the compounded interest you’ve earned. With this in mind, it comes down to a simple question: Where do you think taxes are headed? Up or down?

The former Comptroller General of the United States, David M. Walker, answers this question with a 4-letter word called MATH. Mr. Walker insists tax rates will have to double in the coming years and, he just may be right. Consider the following:

1. Fewer Americans are Paying Federal
Taxes. Many Americans pay only FICA taxes that fund entitlement programs, such as Social Security and Medicare, along with state and local taxes. And the percentage of the overall population with no federal income tax with-holding is growing. According to the Tax Policy Center, a Washington-based tax research group, an estimated 45.3 percent of Americans (approximately 77.5 million households) paid no federal withholding taxes in 2015. In 1984, the percentage was only 14.8 percent or roughly 34.8 million people paid no federal income taxes; today, however, that number is closer to 145 million. And unless you think Washington is radically going to cut spending, fewer people paying means those who do pay will owe more.

2. Tax Rates are Historically Low.
A quick glance at the top marginal tax rates since the inception of the federal income tax show we are in one of the lowest rate periods in history (see below). 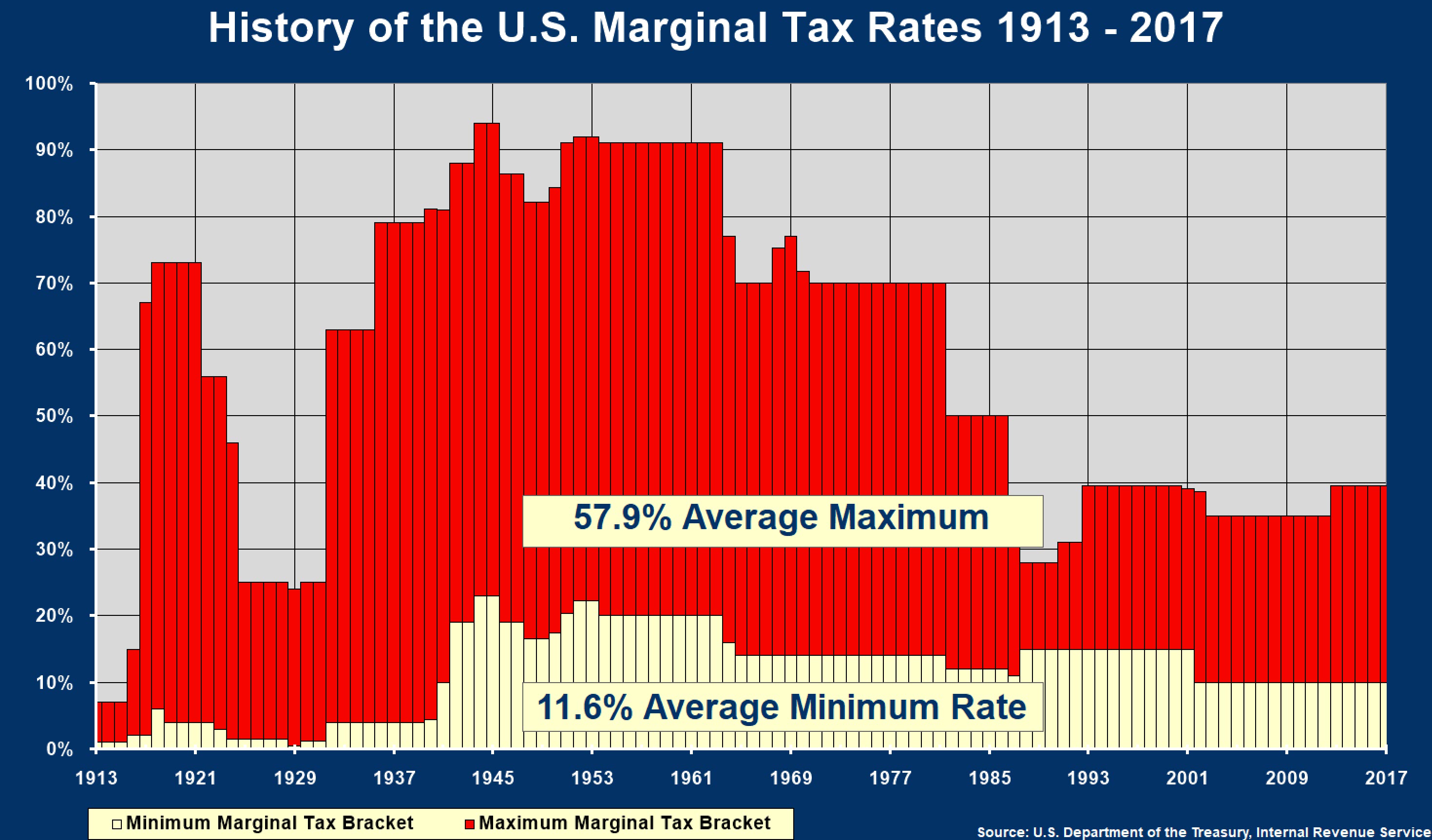 3. Every 77 seconds, America adds another  $1 million to the national debt. The Federal Deficit is quickly approaching twenty trillion dollars. This staggering number doesn’t even include projected unfunded federal obligations, which bring the estimate closer to 106 trillion dollars in debt. In light of these facts, I believe it’s prudent for anyone serious about their financial future to focus on a proactive tax savings strategy. here are three things you should consider right now: