4 Social Security Mistakes That Could Cost You a Small Fortune.

Maximizing Social Security is an integral part of a reliable retirement income game plan, yet higher than 90% of claimants do not maximize their benefits.

Here are the four Social Security claiming mistakes that could cost you tens of thousands, if not hundreds of thousands of dollars over a lifetime. 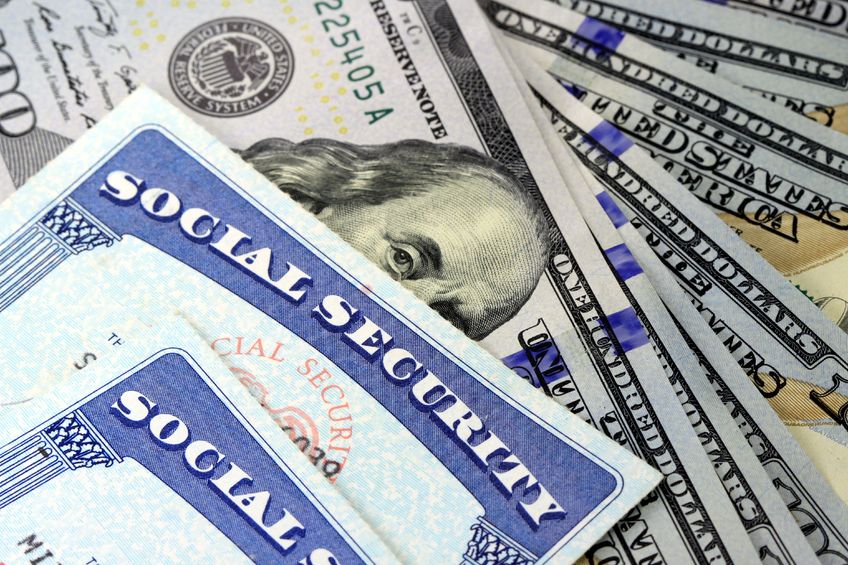 Assuming the Social Security Administration employees are experts about the rules for claiming your benefits.

Never assume that you will receive reliable advice from the Social Security Administration. Consider a recent report that was released by the Government accountability office. As a result, the Senate Special Committee on Aging held a hearing on the findings. The commission’s conclusion was a scathing criticism aimed at The Social Security Administration for the misinformation it provides in its offices and online.  Simply put, the conclusion of the GOA report and the Senate hearing is that claimants are routinely receiving inconsistent advice, misinformation and often are not informed about options available to them.

I’ve witnessed this problem first hand. I recently met with a nurse practitioner who had visited the local Social Security office to inquire about her claiming options. She was informed the only option was to claim her own benefits. The problem is that was flat out incorrect. She qualified to file what is called a “restricted application” allowing her to collect over $60,000 in spousal benefits for the next four years, lettering her own benefit earn a guaranteed 8% annual increase.  She can later turn on her own monthly payment at age 70 and receive a 32% higher lifetime payout just four years from now. Thankfully we caught this mistake before it was too late. Through her life expectancy, this could provide her well over $100,000 in additional retirement income!

Believing You can change your claiming strategy after making an initial choice.

Many incorrectly believe they can switch their claiming strategy after making an initial choice.

If you discover that you’ve made a costly claiming mistake, you do have one year to notify the Social Security Administration that you wish to retract your filing. There is one little caveat. The SSA requires you pay back any benefits you’ve already taken. If it has been less than one year since you turned on your Social Security payments, get with a Social Security expert and make sure you’ve made the right decision as you have a short window of opportunity to correct any mistakes you’ve made.

Not understanding how working can affect your Social Security Benefits

Full Retirement age is when you are first eligible to receive full or unreduced benefits. Full Regiment is age 65 to 67 depending on when you were born. There is a lot of confusion surrounding the “earnings test.” If you decide to claim your benefits before you reach “Full Retirement Age” (FRA) and continue to work, there is a high probability you will see a complete elimination of your Social Security benefit.

I recently met with a retired registered nurse who informed me she chose to claim her benefits as soon as possible (age 62).  Shortly after, she decided to go back to work. When she visited the local Social Security Office, she was told not to worry, returning to work would only “temporarily ” reduce or eliminate her Social Security Payments and benefits would resume as usual after she turns age 66. She was told no further action on her part was needed. Upon hearing this, I informed her that by following the advice given to her by a Social Security representative, it would result in a permanent 25% reduction in her lifetime benefits.  I advised her to file form SSA-521 and pay back the $3,000 she had already received. The results of this $3,000 “investment” in just a few short years results in a 25% higher lifetime payout. You can’t get more bang for your buck than this!

Not Taking into Consideration Survivor’s Benefits.

When one spouse dies, the surviving spouse receives the higher of the two benefits. If the higher income earner thinks they want to claim early, be aware that this could result in a 56% lower survivor benefit. It’s a fact that people are living longer due to medical advances. My own grandmother is about to turn 103. If you are married, don’t overlook maximizing survivor’s benefits. If married, you do not want to make a claiming decision based on your benefit alone.

Throughout your career, if you earned a modest income, you’ve likely contributed six-figures to Social Security. For some people, it could be multiple six figures. This a benefit that you have rightfully earned.

Claiming your Social Security benefits can be complicated and confusing. There are hundreds of different options to claim your benefits. If you don’t have a well thought out claiming strategy, you could lose tens of thousands if not hundreds of thousands of dollars.

Get competent advice, not doing so can cost you a small fortune.